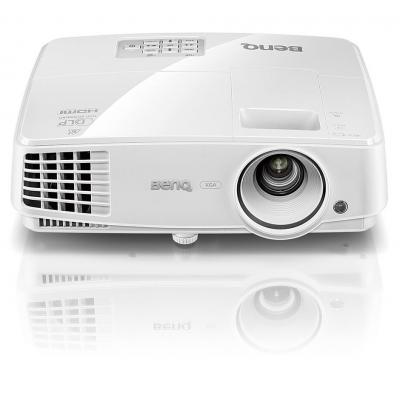 If school classrooms go without a projector, teachers and students miss out on a valuable learning aid. However, the projector itself is only part of the system – you also need a screen to display the projected image on.

School projector screens are available in common sizes from 1.8m to 4m and all of them perform the same basic function – to clearly display a projected image. However, while they do the same thing, they offer different features. There are two main things to consider, which we will take a closer look at below.

There are two main types of school projector screen by operation:

Pull down projector screens are the simplest-to-operate and most affordable school projector screen. They are manually operated and work well in almost any classroom. The lack of an electric motor to raise and lower the screen means they require no maintenance whatsoever and don’t need specialist installation or a power source. However, they may not be the best option if the installation point is up high.

It’s important to note also that most electric projector screens can be manually operated in case of motor failure or power failure.

There are three main aspect ratios for school projector screens:

A 1:1 aspect ratio means that for every 1 unit of width, there is 1 unit of height (in any given measurement). In other words, the projector screen is square. This is a perfectly adequate aspect ratio for showing drawings, diagrams and paperwork. Because it’s square, it isn’t suitable for 4:3 or 16:9 work, unless you scale the content down.

A 4:3 aspect ratio means that for every 4 units of width, there are 3 units of height (in any given measurement). This is the standard ratio of a micro-four-thirds camera. It is the perfect aspect ratio for photos and paperwork, but not the best choice for video since most videos today are widescreen (16:9).

A 16:9 aspect ratio means that for every 16 units of width, there are 9 units of height (in any given measurement). This is the best aspect ratio for video because the vast majority of the modern video is shot in this aspect ratio. It is also a good general-purpose aspect ratio since you can still display video, photos and paperwork at 4:3 on it.

You can also get school projector screens in 16:10. These are not as popular as 16:9, but they will do the same job, so if you can get one cheaper, go for it.