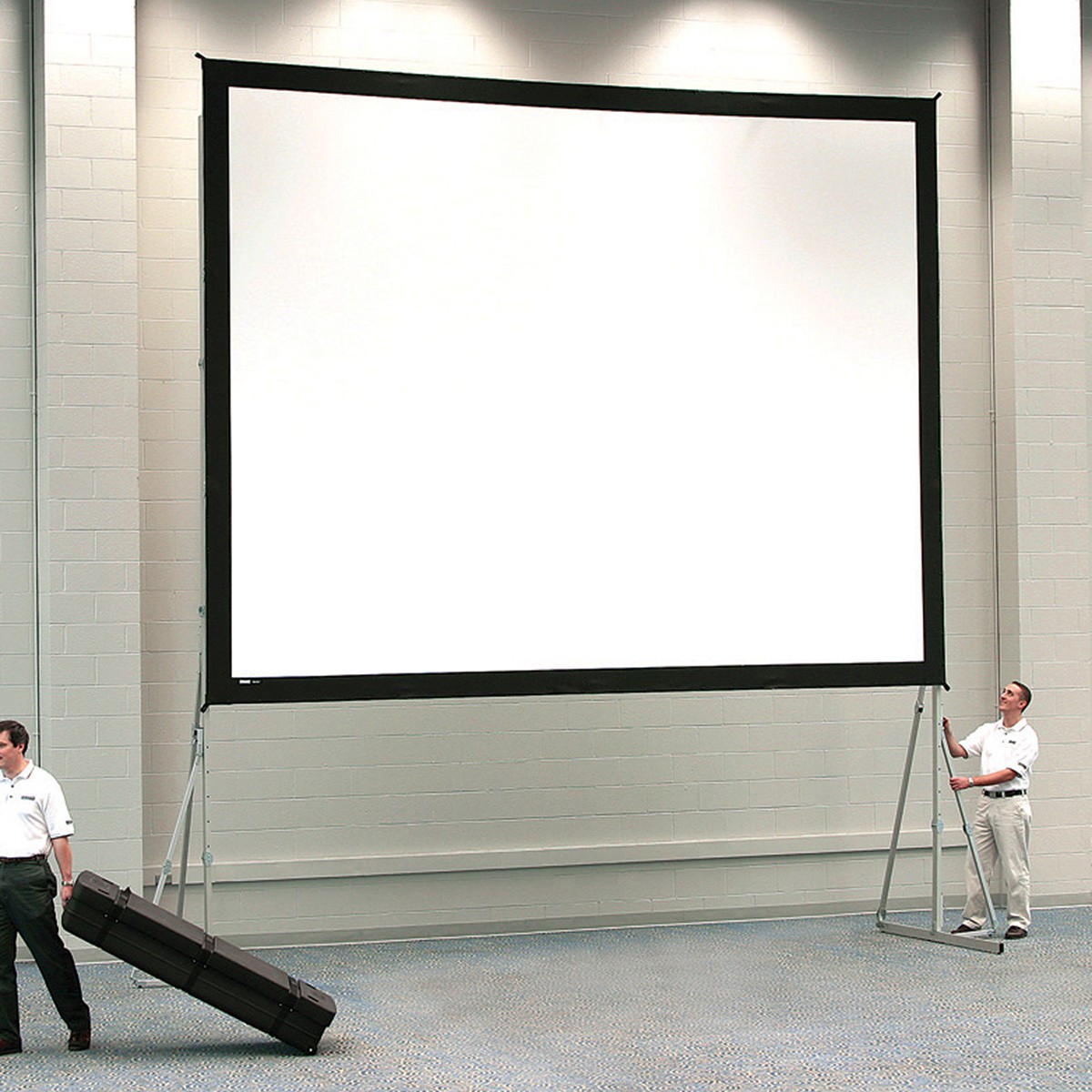 The beauty of projectors is you can use any flat surface as a screen, but if you want the best viewing experience, you should use a dedicated surface.

Choosing a projector screen comes down to size and usability; you want a large enough screen to display the image, and you want it to be easy to use. Budget is another important consideration since screens run up into the hundreds.

Projector screens are made from vinyl (PVC), treated textile or glass fibre. Vinyl is often the cheapest, but it is also popular on mid-range screens. Textile is heavier than vinyl but has a better image quality, while glass fibre is better still.

The downside to rear projector screens is that some light gets reflected, reducing the projected image’s quality and contrast.

Projector screens are pull-down (manual) or motorised (remote controlled). Pull-down screens are cheap, reliable and easy to use, although when mounted high up (such as in assembly halls), they require a pole to pull them down.

Motorised projector screens are easier to use, but they are also heavier, more expensive, and require power from a 3-pin socket.

A black border improves perceptible image quality by making it easier for the viewer’s eye to focus. Borders enhance contrast and make images appear crisper, although it’s a trick of the eye, and the image is the same.

Most schools do not need black borders, but any use case that requires a projector screen for high-quality content should opt for them.

You can pay £100 for a projector screen or north of £500. You pay more for features like slow retraction, motorised controls, black borders and thicker fabrics, but that’s not to say a basic £100 projector screen won’t serve you well.

The most expensive projector screens have a laminated glass-fibre surface that delivers a fantastic image, the same used in high-end retail environments. The cheapest screens have a vinyl surface, which is good for general use.

If you have any questions about projector screens, call our installation team on 01924 423 111 or email info@KPMS.co.uk.