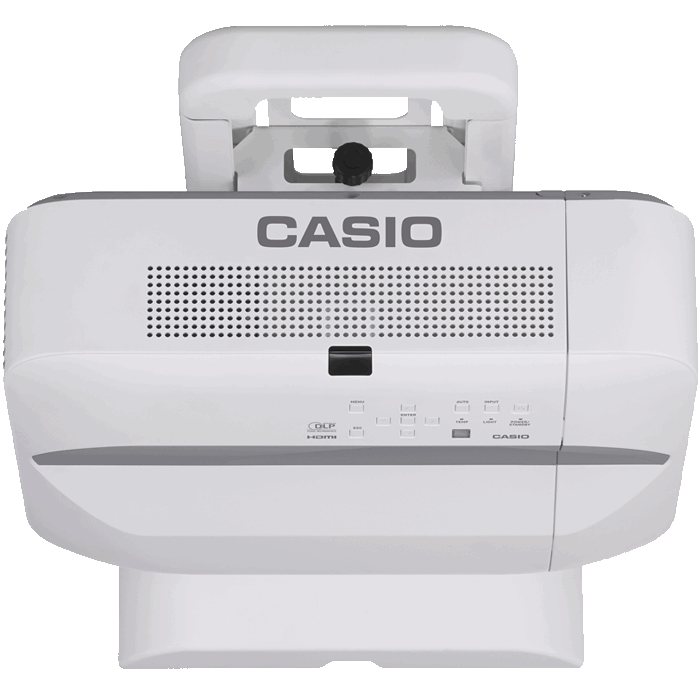 When it comes to outfitting your business or school with technology, it’s easy to get led astray. Endless technological jargon can lead to confusion, and that’s especially the case in the projector market.

From aspect ratios to resolution, wireless support and lens type, there are hundreds of variations in projector design and technology which make them suitable – or not – for your needs.

As a leading supplier of projector technology to schools and businesses, we’re often asked by customers which projectors are right for rooms which don’t have space for a traditional projector?

The answer is a short throw projector. Here’s everything you need to know about them:

What is a Short Throw Projector?

A short throw projector is capable of creating a very large image from a very short distance. Unlike a traditional projector, which needs to be placed further away from the projection surface in order to generate a large image.

How Do Short Throw Projectors Work?

Short throw projectors make clever use of angled mirrors, pre-distorted images and extremely well-crafted lenses to cast an undistorted image up to a surface. Thanks to clever design, these projectors can be mounted either on a ceiling, projecting from above or on a table, projecting upwards, depending on the model.

What Are the Advantages of Short Throw Projectors?

The biggest and most obvious advantage of a short-throw projector is the fact that you don’t need a lot of space for them to function effectively. However, that’s not the only reason you might invest in a short throw projector. Here are a few more:

Should You Buy a Short Throw Projector?

Whether you should invest in short throw projector technology is a matter of assessing your own needs. Does the room you’re planning on projecting in have limited space? Are you planning on presenting regularly in front of your projector? Will you be using your projector for commercial applications, like digital signage?

To learn more about short throw projectors, get in touch with a member of our team today.