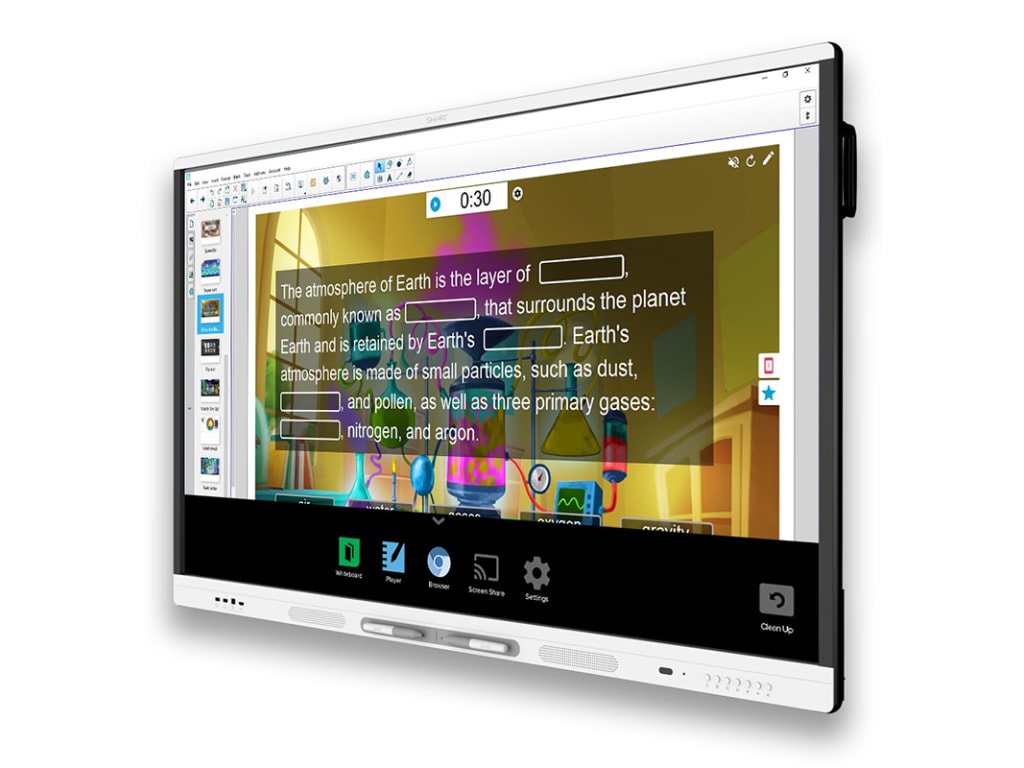 For educators, the battle to stay at the forefront of the technological landscape is a tough one.

On the one hand, access to the latest technologies has always helped advance student learning, cutting wasted time and boosting interactivity. On the other hand, it’s always important to consider expense, with those technologies often commanding a significant share of an educator’s annual budget.

Then, of course, there’s the issue of upgrades. What was state of the art ten years ago is now old hat, suffering from the same fate that virtually all technology suffers from – depreciation.

Replacing outdated technology is essential, but for educators replacing old Smart Boards, we’re always asked the same question – is it worth upgrading to a Smart Board MX?

The MX Series, available in 65”, 75” and 86” models, is the flagship smartboard from SMART. With a 1-yer SMART Learning Suite subscription included and a host of new features, it represents the very latest in Smart Board technology. For those educators still using first- or second-generation Smart Boards, the MX Series is a truly monumental leap forward.

Here are some of the new features which might well make upgrading to a Smart Board MX worth it.

When it comes to visual fidelity, there’s nothing that can rival 4K in the consumer space. 4K, for those who don’t know, is four-times the resolution of a 1080p display. That means four times as many pixels and, as a consequence, four times as much detail.

The advantages of the MX Display for educators are plentiful, from much sharper text which improves legibility no matter where your students are sitting to increased detail which dramatically increases immersion in class.

The MX Series 4K display is rated for 50,000 hours of usage, is made from conflict-free materials and comes with anti-glare, frictionless glass, so it works perfectly in even the most well-lit classroom.

It’s a huge step up from classic Smart Boards, which require projectors to function and often run at low resolutions.

Old-school Smart Boards weren’t that smart without a computer attached to them. In fact, they couldn’t do anything at all. With the Smart Board MX, however, an educator can start teaching the moment they turn on their Smart Board, thanks to built-in computing power.

Every MX Board has basic computing functions built in, like an advanced web browser and note-taking functions, so that they operate effectively in a pinch. It’s the same Android operating system you might have on your phone or tablet. You can even add an optional Intel Compute Card, which brings full PC functionality to the screen.

Of course, the MX Series still supports connections to PCs and mobile devices, so you can continue to use your Smart Board as before.

The new MX Series goes beyond any previous Smart Board with the ability for multiple users to interact with the screen at the same time.

With support for up to ten simultaneous touches, the MX Series enables large scale collaboration and can even distinguish between the included smartpens, fingers and arms, so kids can easily engage with their learning.