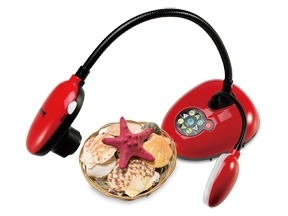 The classroom has changed dramatically over the last 20-30 years. From the big push towards the overhead projector to the first interactive whiteboards and now interactive touchscreens, the way we share teaching materials with our students has shifted significantly.

Ultimately though, these innovations have been in service of only one thing – helping kids learn more effectively.

For the individuals tasked with buying new technologies for their schools though, the endless parade of ‘innovations’ can become tiresome and – if you’re not careful – extremely expensive. All of which might have you asking why you should buy visualisers for your educational establishment?

Well, in this guide we’re going to share with you exactly why they make for a smart investment. Before that though, we’re going to explain just what visualisers are. Let’s go:

What is a ‘visualiser’?

A visualiser is perhaps best described as a modern version of the now old-school overhead projectors.

However, whilst overhead projectors required teachers to print out special sheets of plastic with information printed on them, visualisers allow teachers to show anything at all, in real time, on the big screen at the front of their classroom.

By leveraging modern digital camera technology and the fact that most classrooms now have data projectors or large touchscreens, visualisers, provide a live video feed of what’s placed underneath them, allowing for more than just pre-printed sheets to be shared.

Why should you buy a visualiser?

Those are just a handful of the reasons why visualisers are the ideal choice for the modern classroom. To learn more, get in touch with us today, we’re happy to help!