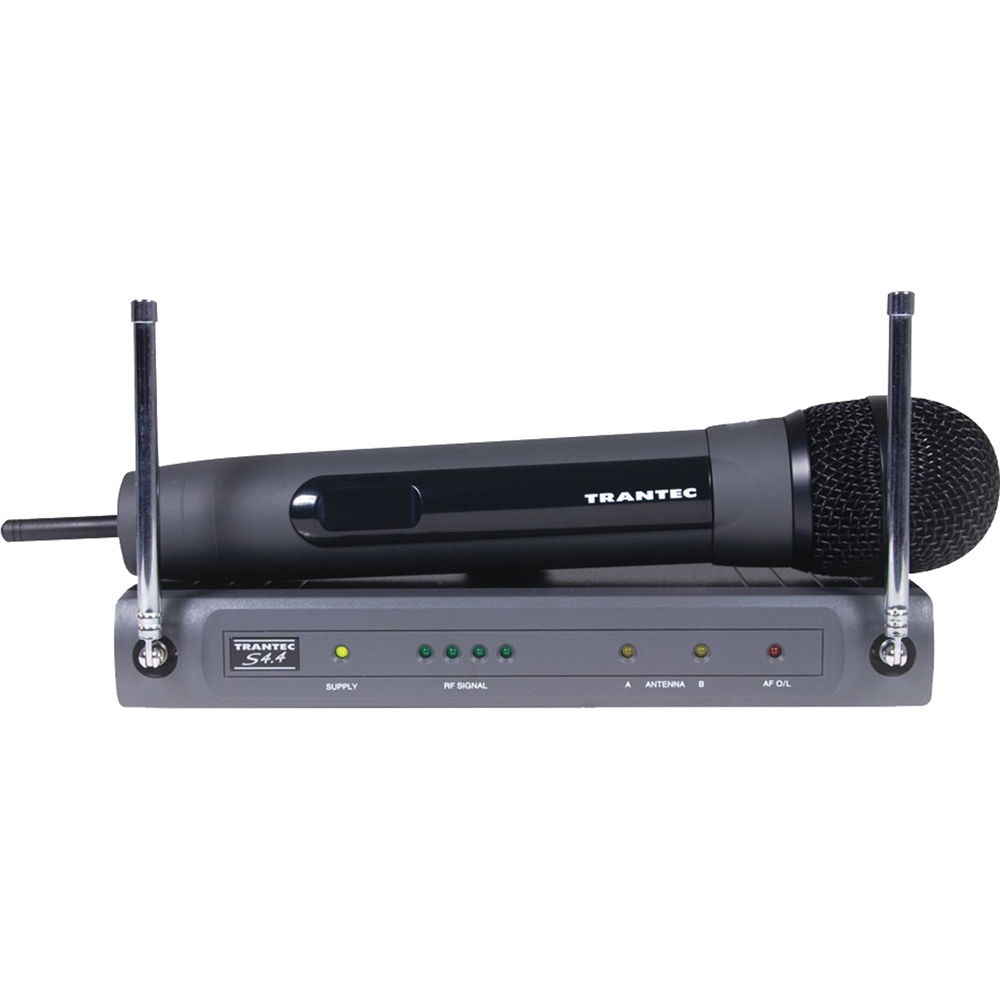 At their core, every piece of technology is designed to extend the limits of human ability. Just as binoculars allow us to see further and phones allow us to talk over vast distances, microphones allow us to address large numbers of people without shouting at the top of our lungs.

Invented by Emile Berliner in 1877, the microphone has come to be a key component in everything from smart speakers to in-car entertainment systems, but that’s not to say that it isn’t used for its initial purpose anymore.

Today, handheld microphones like the Trantec s4.4 are commonplace throughout business, educational and entertainment environments. Increasingly, those microphones are of the wireless variety. But what do you need to know about wireless microphones? Join us as we explain everything.

What is a Wireless Microphone?

Wireless microphones work just like traditional wired microphones but are – you guessed it – totally wireless. This makes them suitable for a far greater range of purposes, like outdoor concerts, large conferences, interactive demonstrations and much, much more.

Wireless microphones come in a wide variety of shapes and sizes, from handheld wireless mics which closely resemble wired mics, only without the wires, to lapel or button mics which clip on to clothing for truly unrestricted public speaking.

How do Wireless Microphones Work?

Unlike a wired microphone, which uses a wire to transfer the sound data to a box, which then passes the information on to speakers where it’s amplified many times over, a wireless microphone does all this wirelessly.

Wireless microphones are fitted with small batteries and the circuitry required to broadcast ultra-low latency wireless signals. These are then picked up and translated by a dedicated box, which then feeds the audio on to your speaker systems.

In practice, there is only a tiny latency variation between wireless and wired microphones, making wireless microphones a good option for virtually any scenario.

What Advantages Do Wireless Microphones Have?

Wireless microphones have a number of advantages over their wired counterparts, including: